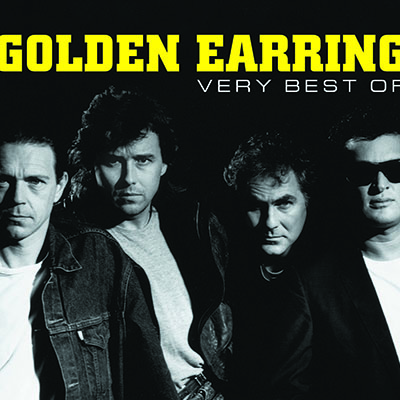 Golden Earring, who started out in 1961, are not just a regular band. Golden Earring is a concept, an institution, an icon. In Holland, we pride ourselves on the success of our very own Earring. With front man Barry Hay, who is the ultimate rock star, living out his dream; George Kooymans the multitalented guitarist, with a reservoir of killer riffs and melodies packed in his mind; bass player Rinus Gerritsen creating an ever solid foundation upon which the entire sound rocks; and of course drummer Cesar Zuiderdijk, the man who never fails to hit all the right marks.

Golden Earring exceeds the sum of all parts, it is much bigger. Let this band play a packed barn venue and they will simply blow off the roof. Equally unforgettable: a Golden Earring gig performed in the intimate and atmospheric setting of a – usually sold out – theatre. Our well-groomed sixty-somethings have long ago stopped hearing the question “but for how long?”. The Earring just is.

With over sixty hits, the band is able to give top performing artists such as Michael Jackson, Madonna, Queen and the Beatles a run for their money. A band to be highly regarded. Generations were raised with Golden Earring.