Dutch progrock band Focus has been a household name worldwide for 50 years with hits such as “Hocus Pocus”, “House Of The King”, “Sylvia”, “Tommy” and many others. In honor of this monumental band, Red Bullet Productions will release a new boxset available as per November 13: Focus – 50 Years: Anthology 1970-1976, consisting of 9 CDs and 2 DVDs with remasters and never before released material, such as the ‘Focus At The Rainbow’ concert film from 1973! 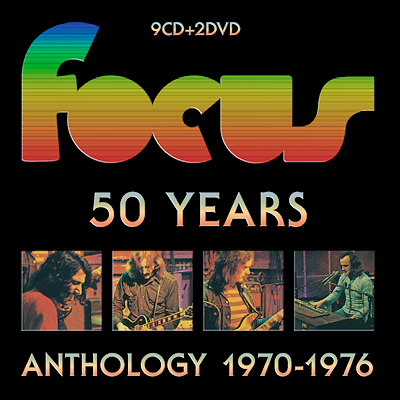 This box set contains the complete work of Focus as released between 1970 and 1976, the years in which the band featured 4 of the most talented musicians originating from the Netherlands during the 70s: guitarist Jan Akkerman, keyboard player Thijs van Leer, bass player Bert Ruiter and drummer Pierre van der Linden.

Content:
> First seven albums (released between 1970 and 1976) 24-bit remastered from the original tapes
> B-sides, single mixes and previously unreleased bonus tracks
> CD featuring the first official release of BBC In Concert 1973; in stereo from the BBC archive tapes
> CD featuring 80 minutes of previously unreleased Focus concert recordings from 1971-1975
> 2 DVDs featuring the complete Focus At the Rainbow concert film from 1973 restored and remastered from the original 16 mm film, two BBC ‘Old Grey Whistle Test’ broadcasts from 1972 and BBC In Concert from 1974, plus rare footage from Focus live in Dublin 1973, various clips, the ‘Goud van Oud’ reunion from 1990 and the ‘Focus 2 Classic Albums’ documentary from 1997
> 80-page booklet with band history, liner notes and various memorabilia

In short.. this boxset is a must have for the true Focus lovers!
Focus – 50 Years: Anthology 1970-1976 will be available as per November 13 at all major retailers, such as Bol.com 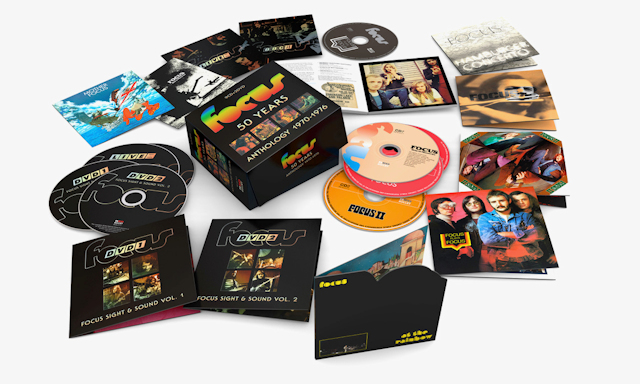